How Ketamine Helps To Relieve Fibromyalgia 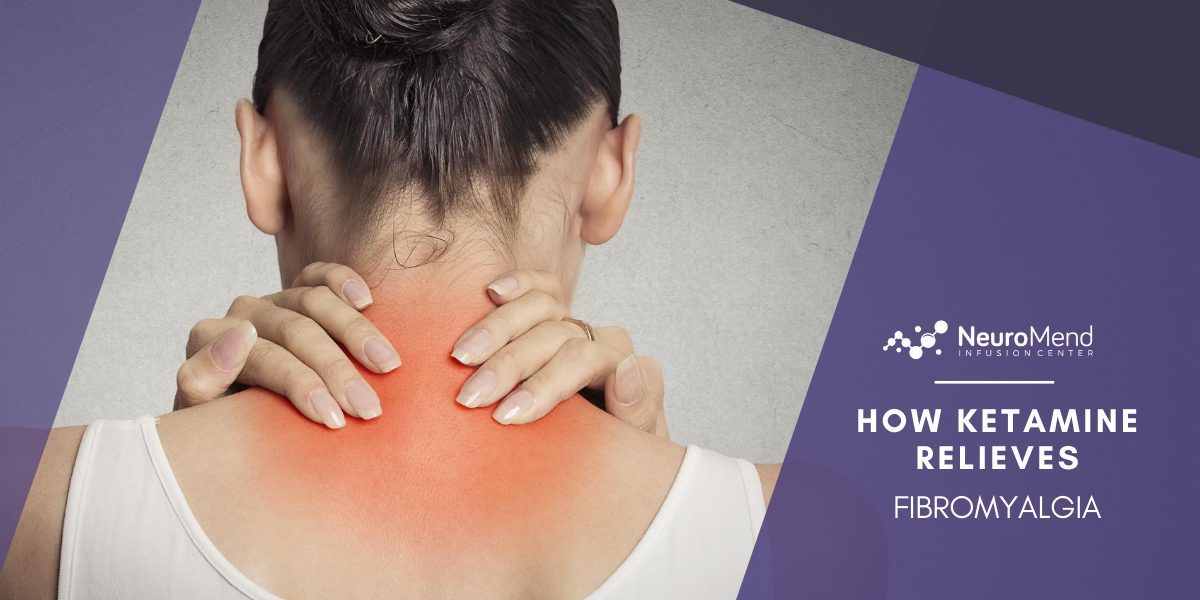 For many Americans, aches, pains, and fatigue are just a way of life given the current stressors of 2020 so far. Yet, for some, they experience levels of these symptoms that are often so debilitating that they can’t perform normal jobs, chores, or activities without having to sit or lie down due to the overbearing weight of their symptoms.

While many patients experience similar symptoms and suffering with Chronic Fatigue Syndrome, they often don’t have the accompanying pain that is common and specific to Fibromyalgia.

Keep reading to learn more about the symptoms of Fibromyalgia and how to relieve your pain as you work towards healing for good!

Unlike many other conventional diseases and diagnoses, Fibromyalgia doesn’t have one single cause or triggering factor. It is actually caused from the dysfunction of several key systems in the body.

Many Functional Medicine doctors believe the culprit of Fibromyalgia to be from Autoimmune origin. This is when the body’s own immune system begins to attack itself.

This often occurs due to overwhelming inflammation in the gastrointestinal system thus allowing larger than normal food particles and gut microbes into circulation where they should not be.

The immune system does not recognize these particles and thus calls for an attack on them. Ironically, the same receptors on these foreign particles often match the same receptor sites of normal tissues throughout the body and they inadvertently get caught in the crossfire.

This is the origin of other Autoimmune conditions such as Hashimoto’s for the Thyroid, or Rheumatoid Arthritis in the hands, knees, and joints of these unlucky patients.

With Fibromyalgia, the tissues and systems attacked are more systemic throughout the body. Often it is the cellular energy systems (mitochondria), the brain, and the immune system that are seen as the enemy and attacked during Fibromyalgia flare ups or episodes. 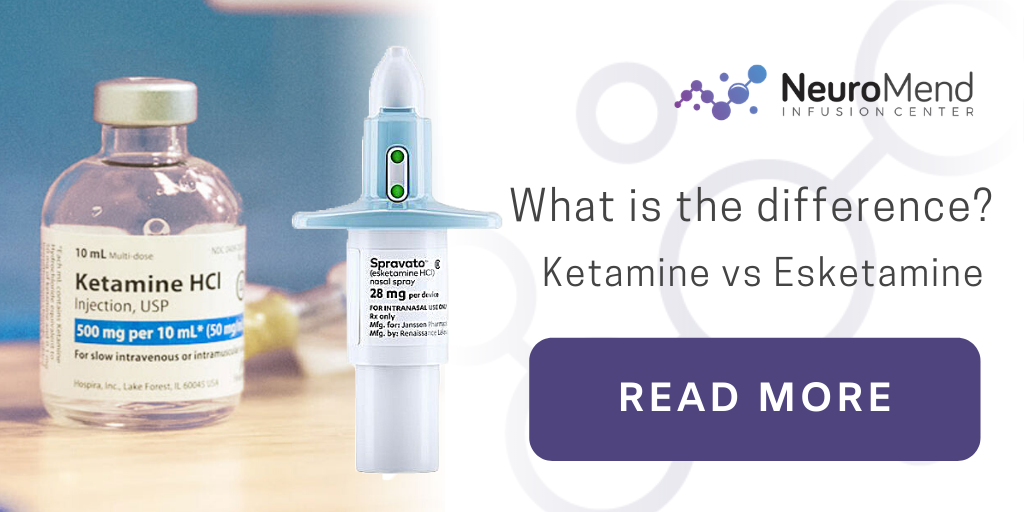 How Do I Know If I Have Fibromyalgia?

Unfortunately, many conventionally trained physicians still don’t “believe” in Fibromyalgia as a diagnosis given that there simply isn’t an easy test or results that can point them to this single diagnosis.

Thankfully, there are many Functional Medicine and Integrative Practitioners that are assessing and testing the right body systems and are able to help lead patients to healing after following the appropriate lifestyle and functional approaches.

But, even though there is not one specific “Fibromyalgia” marker, such as measuring cholesterol, there are several subjective and objective clinical signs that a patient more than likely is suffering from Fibromyalgia:

What Are The Most Effective Treatments For Fibromyalgia?

While there isn’t one specific medication or approach that can cure Fibromyalgia, there are several avenues that patients can start down in order to find relief and ultimately heal their most frequent and debilitating symptoms.

Can Ketamine Help My Road To Recovery From Fibromyalgia?

Given the role that the nervous system plays in Fibromyalgia, Ketamine has been shown to be a potent relief agent for many of Fibromyalgia symptoms, specifically for the pain associated with it, and as a less invasive alternative to some treatments.

Ketamine appears to reduce the central nervous system sensitization associated with the pain of Fibromyalgia.

Since Ketamine is a NMDA receptor antagonist that increases levels of glutamate in the brain, many researchers are discovering that this is precisely where most Fibromyalgia patients may need it most.

Studies on Ketamine and Fibromyalgia

Some studies even found that Ketamine specifically reduced the fatigue associated with Fibromyalgia.

We have listed several studies displaying the effectiveness of Ketamine in treating Fibromyalgia below:

What Are Some Types of Neuropathic Pain That Ketamine Can Help?

If medications and non-pharmacological interventions do not provide pain relief, IV ketamine therapy may be a treatment option.

Similar to depression, IV ketamine is known for its ability to help relieve medication-resistant chronic pain syndromes, especially those syndromes that have a neuropathic component, such as:

How Do I Treat My Fibromyalgia?

While research continues to discover and test effective treatment for Fibromyalgia, Ketamine Infusions are showing promise with their current efficacy in providing relief for many patients.

Learn more about ketamine infusion therapy as a treatment for Fibromyalgia by clicking below. 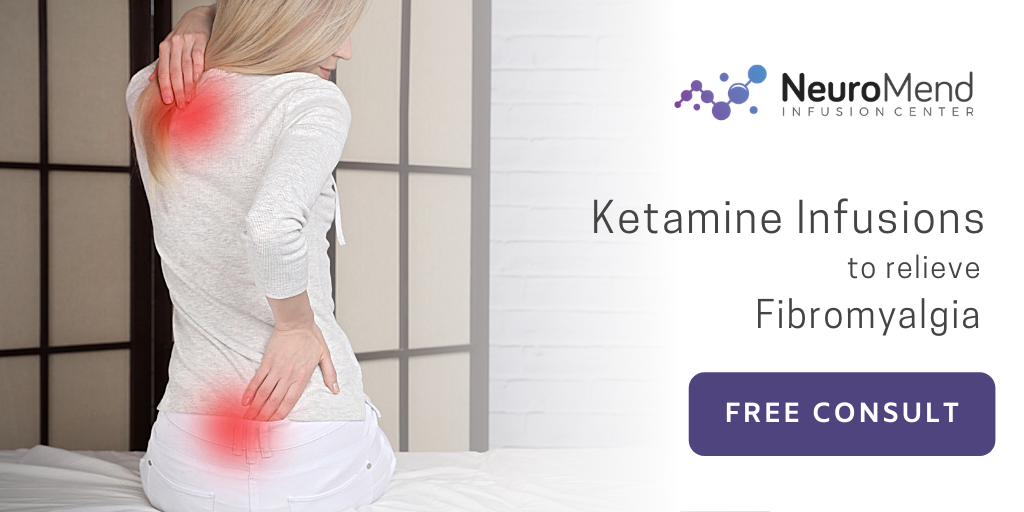